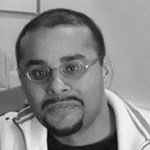 Mohammed Rustom is Associate Professor of Islamic Studies at Carleton University. He is the author of The Triumph of Mercy: Philosophy and Scripture in Mulla Sadra (SUNY, 2012), a co-editor of In Search of the Lost Heart: Explorations in Islamic Thought - An anthology of William C. Chittick’s writings (2012), and Assistant Editor of The Study Quran: A New Translation with Notes and Commentary (Editor-in-Chief, Seyyed Hossein Nasr, 2015).

A Letter to Imam al-Razi

Podcasts and Videos by Mohammed Rustom

Sanctity and the Song of Life

On Aspiration and Poverty

Akbarian Aphorisms for the 21st Century 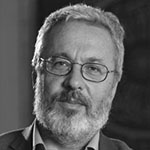 Mahmud Erol Kilic, Ph.D., a graduate of the University of Istanbul, did postgraduate studies and taught at the Department of Islamic Philosophy at Marmara University where he published his M.A. thesis Hermes and Hermetic Sciences According to Muslim Thinkers and completed his Ph.D. thesis Ibn Arabi’s Ontology (2010). Professor Kilic has contributed many articles to journals and encyclopedias and attended many international conferences on Sufism and inter-religious dialogues. His recent book, Sufi and Poetry: Poetics of Ottoman Sufi Poetry, was chosen as the book of the year by the Association of Turkish Writers. He is an Honorary Fellow of the Muhyiddin Ibn Arabi Society in Oxford.

Together with Dr. Abdurrahim Alkış Dr Kilic published Muhyiddin İbn Arabi, Fusûsu’l-hikem, Tahkik ve Tıpkıbasım in 2016 (Litera Yay., İstanbul), a critical edition of the Fusus al-Hikam, based on the manuscript copied by Saduddin Qunawi, which is the oldest known manuscript of the Fusus, including a sama' by Ibn 'Arabi. The book also has a facsimile copy of that manuscript.

If You See Ibn Arabi in Damascus...

Refreshing Repose and a Reviving Scent   43:09 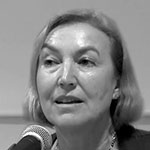 Cecilia Twinch first came across Ibn Arabi and Rumi when she was studying Modern and Medieval Languages (Spanish and French) at Cambridge University. Books donated by the Ibn Arabi and Rumi scholar R.A. Nicholson and his student A.J. Arberry, complete with handwritten annotations in the margins, were then on display on the open shelves in the University Library. At the same time, she also became involved with what became known as Beshara and benefited from the advice and wisdom of Bulent Rauf, who was the co-founder of the Muhyiddin Ibn Arabi Society.

She now lives in Oxford and is a Senior Research Fellow of the Muhyiddin Ibn Arabi Society. Besides working as a teacher, translator and editor, she has written numerous articles and has lectured on Ibn Arabi and mysticism worldwide. She is particularly interested in bringing alive the universal relevance of Ibn Arabi’s ideas in the world today.

In addition to Contemplation of the Holy Mysteries, her publications include Know Yourself: An explanation of the oneness of being (translated from Arabic manuscripts attributed to Ibn Arabi and to Awhad al-din Balyani).

Muhyiddin Ibn Arabi: The Beauty of Oneness Witnessed in the Emptiness of the Heart

The Circle of Inclusion

Created for Compassion: Ibn Arabi’s Work on Dhu-l-Nun the Egyptian

Podcasts and Videos by Cecilia Twinch

Arriving at the Point of Departure

Refreshing Repose and a Reviving Scent

You Are My Mirror

Intimate Echoes of Self: Gender & Sexuality in Ibn Arabi’s Cosmology   36:32 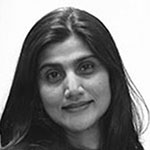 Sa’diyya Shaikh is Associate Professor in the Department of Religious Studies at the University of Cape Town, South Africa. Her research is situated at the intersection of Islamic Studies and Gender Studies. She has a special interest in Sufism and its implications for Islamic feminism and feminist theory. Her book Sufi Narratives of Intimacy: Ibn Arabi, Gender and Sexuality was published by the University of North Carolina Press (2012); and co-published again in 2013 by both University of Cape Town Press and Munshiram Manoharl Publishers (New Delhi). Her areas of research include gender-sensitive readings of hadith, Quranic exegesis and Sufi texts; theoretical and political debates on Islam and feminism; religion and gender-based violence; contemporary Muslim women’s embodied, experiential and everyday modes of understanding Quranic teachings (“tafsir of praxis”). Shaikh has also completed an empirical project focussed on sexuality, marriage, and reproductive choices amongst South African Muslim women.

Podcasts and Videos by Sa’diyya Shaikh

Intimate Echoes of Self: Gender & Sexuality in Ibn Arabi’s Cosmology

Waking to the Embrace: Applying Ibn Arabi’s Teachings on Embodiment   39:17 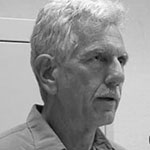 Robert Abdul Hayy Darr has been a student of the spiritual culture of Islam for 45 years. In the late 1960s, he studied North Indian classical music at the Ali Akbar Khan School of Music in California. By the early 1980s, Darr began studying Persian literature where he first encountered the teachings of Ibn 'Arabi in the works of Abdurrahman Jami of Herat. This began a life-long interest in the Shaykh’s profound teachings. In 1987 Darr met Afghanistan’s poet laureate in exile Ustad Khalilullah Khalili, and this friendship led to his English translation of the poet’s quatrains in 1989. From 1988–2007, Darr was tutored in Persian miniature painting by Ustad Homayon Etemadi, Afghanistan’s last court painter and royal librarian. Darr was the disciple of the Afghan Sufi poet Raz Mohammed Zaray from 1992 until the poet’s death in 2010.

Podcasts and Videos by Robert Darr

Waking to the Embrace: Applying Ibn Arabi’s Teachings on Embodiment

Dive straight into the feedback!Login below and you can start commenting using your own user instantly