Listening for God: Prayer and the Heart in the Futûhât 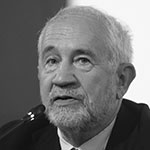 “Surely there is a Reminder in that for whoever has a heart, or listens attentively, while he is witnessing…” (Qur’ân 50:37)

This Qur’anic verse beautifully summarizes a sort of recurrent paradox that has surely puzzled every student of Ibn ‘Arabî from time to time. One need only recall, for example, his classic discussion of the “Wisdom of the Heart” of the true spiritual Knowers (the ‘urafâ’) in the central chapter on Shu’ayb in his Fusûs al-Hikam, where this same verse figures so prominently. If, from the wider metaphysical point of view so well illustrated in that famous chapter, it may be true that all human perception, all experience is ultimately “theophany,” it is even more indisputably true – as his distinction in that chapter between those rare enlightened “Knowers” and the rest of humanity pointedly acknowledges – that we don’t usually experience things that way, that for many of us there is a noticeable gulf in our lives between rare moments of true contemplative prayer and our ordinary states of perception. And that gulf often seems too much to bridge by our own efforts, whether of prayer or other forms of spiritual practice: if we have some intuition of what the inner life of the Shaykh’s “Knowers” might be like, it is probably based on a few special moments of grace, on a memorable but ephemeral “state” (hâl), not a lasting, fully realized spiritual “station” (maqâm).

Put simply, then, what is it about the “heart” – or rather, how is it? – that can so miraculously transform perception into contemplation, everyday experience into theophany, the words and movements of ritual into the ineffable reality of prayer? As the Qur’an repeatedly insists, each of us surely has “had a heart” – but what is it that so rarely and unforgettably makes that heart “shahîd,” actively and consciously contemplating the Truly Real, so that our transient awareness is transformed into true prayer and remembrance of God? That transformation of everyday experience into realized theophany, whenever and however it occurs, is always a mysterious divine “opening” (fath) or illumination, so it is not surprising that Ibn ‘Arabî’s most detailed and effective discussions of that central question of spiritual practice are scattered throughout the record of his own “Meccan Openings” (al-Futûhât al-Makkîya). Before beginning to explore his unfolding discussion of the secrets of prayer and the heart in the opening chapters of the Futûhât, however, it is necessary to summarize a few essential features of the broader development of this problem in the Qur’an and the hadith, since that basic scriptural background, as always, is presumed throughout the Shaykh’s own teachings.

I. The Heart in the Qur’an and Hadith

To begin with, it would be difficult to exaggerate either the centrality or the complexity of the references to the “heart” throughout the Qur’an in this extended metaphysical and epistemological sense, as the locus of our awareness – and even more frequently of our ignorance – of the divine Presence. The Arabic noun, al-qalb, appears some 132 times (only two or three of these possibly referring to the bodily organ), far more than such closely related terms as fu’âd or lubb/albâb (both occurring sixteen times). The contrast between the Qur’anic treatment of the heart and the discussion of any number of related terms or roots – such as sadr (“breast”), ‘aql (“intellect”), nafs (in the sense of “soul”), sarîra, etc. – only serves to highlight the epistemological comprehensiveness and peculiarly divine focus of this particular Qur’anic expression. Typically enough, Ibn ‘Arabî’s own widely scattered discussions of the “heart,” when we look at them more closely, turn out to be dictated not so much by various earlier Islamic traditions (which had developed multiple technical meanings for each of these terms) as by his own profound reflection and meditation on the full complexities of the original Qur’anic usage. Here we can only mention a few central features of the Qur’anic discussions of the “heart” that are directly related to the problem with which we began, and which are usually assumed each time Ibn ‘Arabî brings up that term.

Unlike the case with many topics in the Futûhât, the Prophetic sayings or hadith favored by Ibn ‘Arabî in his discussions of the heart are short and to the point. (This is partly because, as we shall see, the Shaykh’s allusions to the “purification” of the heart frequently occur in connection with more concrete, practical aspects of Islamic law and ritual.) As readers of any of the Shaykh’s works are well aware, each of these hadith typically serves as a highly condensed, pedagogically pointed summary of many related verses and concepts in the Qur’an. Almost all of these particular hadith were already widely used within earlier Sufi tradition, and several of them should already be familiar to readers of the Fusûs and other English translations of Ibn ‘Arabî’s writings. However, reflecting on the inner connections of those sayings when they are viewed together, in the following summary, helps to highlight not only their thematic density and mnemonic effectiveness, but also their relatively greater emphasis (compared with the above-mentioned Qur’anic verses about the heart) on the crucial dimensions of spiritual practice and realization.

Pages in this article

Reproduced from the Journal of the Muhyiddin Ibn Arabi Society, Volume XIII, 1993 .