Activities of the Society

How to  Join the Society

How to donate to the Society in the UK

How to donate to the Society in the USA

The Society is an international association with its headquarters in Oxford, England, and a branch in the San Francisco Bay Area, USA.

It is open to all, and has members in more than 30 countries. Many of the honorary fellows are leading scholars in this field

The Society was established in the UK in 1977. It administers members worldwide (everywhere except North and Central America). It publishes the Journal of the Muhyiddin Ibn ‘Arabi Society and a number of books, organises events in the UK, and the Archive Project. It manages the Society’s website and a Facebook Group. In July 2018 the Society in the UK was registered as a Charitable Incorporated Organisation with the Charity Commission for England and Wales under No. 1179324 [/].

The Muhyiddin Ibn ‘Arabi Society in USA was established in November 1983. It administers members in North America (USA, Canada and Mexico). It organises Events in the USA, and its members receive the Journal. It maintains a Facebook page. It is a registered tax-exempt non-profit corporation under ID 94-2932606 [/].

The Society is not beholden to any particular body or individual, and is funded by the annual subscriptions and donations of its members. In both the UK and USA the organisers and helpers of the Society work on a voluntary basis.

There is more about membership and how to join the Society on the following pages:

The Society’s day-to-day activities have historically been funded by membership subscriptions,but as its activities increase these have benefited from generous donations by its members and others. For information about some of the Society’s planned developments over the next three years,and how it makes use of regular donations,one-off gifts and bequests,please see the page on supporting the Society.

Muhyiddin Ibn Arabi Society Latina (MIAS Latina) is an independent association which was established in Murcia,Spain,in 2011.  It has organised events in Spain,Portugal and Italy and publishes the journal . Go to the  MIAS Latina [/]website.

The Muhyiddin Ibn Arabi Society Australia Pacific (MIAS AP) was established in Melbourne Australia in 2017 and organises Events there. It does not have a separate membership.

Activities of the Society

Symposia and other Events 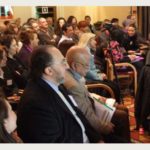 The Society has organised a symposiumin the United Kingdom each year since 1984,and in the United States since 1987. These are a meeting place for scholars and people with a very wide range of interest in the work of Muhyiddin Ibn ‘Arabi. 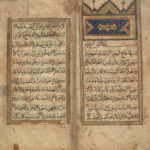 As part of itsManuscript Archive Project,the Society has an important collection of microfilm and digital copies of historic manuscripts. These copies help to protect these works against loss. The Online Catalogue of the Archive is a unique research tool which provides the basis for the publication of accurate editions and translations of the text.