While the coronavirus pandemic is causing the postponement of symposia and seminars, there has been a flourishing of online lectures and courses.

• Online courses
such as “In each thing He has a sign”, developed by MIAS Education 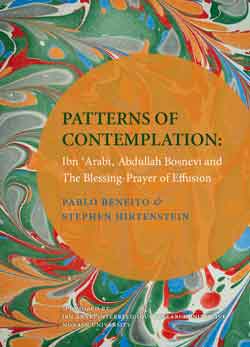 Patterns of Contemplation is a translation, edition and study of one of the most remarkable prayers ever composed in praise of the reality of the Human Being, known as The Blessing-Prayer of Effusion upon the Reality of Muhammad (al-Ṣalāt al-fayḍiyya al-Muḥammadiyya).

‘…this apparently humble text is as fine an example of its kind as the Blue Mosque of Istanbul is in relation to Ottoman architecture or the Great Mosque of Córdoba and the Alhambra in Andalusia…this prayer has the capacity to make a fundamental impact on the reader and their state of knowledge and being.’ (Patterns of Contemplation p.3)

Pablo and Stephen write: “We will be talking about our latest book Patterns of Contemplation, which was published at the end of December 2021. This is an innovative and comprehensive introduction to the sacred principles and symbolism of geometry, letters and numbers, through the first in-depth analysis and English translation of a major Sufi masterpiece, The Blessing-Prayer of Effusion (al-Ṣalāt al-fayḍiyya). This prayer on the Prophet Muhammad, understood as the Reality of the Human Being, is both a metaphysical masterpiece and a devotional tour de force. It has been attributed since the 18th century to Ibn ʿArabi, but we believe it was actually written by Abdullah Bosnevi (d.1644), a major Ottoman follower of the school of Ibn ʿArabi.

We will be discussing the remarkable architecture of the prayer, its content, poetical structure and authorship, as well as the more general genre of invoking blessings on the Prophet Muhammad.” The discussion will be followed by an opportunity to ask questions.

To register for this event please go to Eventbrite: Follow this link to Eventbrite Registration closes 24 hours before the seminar. 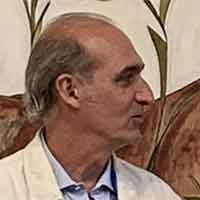 Pablo Beneito is currently Professor (Profesor Titular) at the Department of Translation and Interpretation, Facultad de Letras, University of Murcia.  Specialising in the study of Islamic thought and Sufism, he has taught courses and contributed to conferences in some twenty countries and directed more than 30 international congresses.  As an author, editor and translator he has published extensively on Ibn ‘Arabi and the mystical tradition.  In 2011 he became the Director of MIAS Latina which is based in Murcia: www.ibnarabisociety.es.  Since 2014 he has been the Director and Editor of El Azufre Rojo: Revista de Estudios sobre Ibn Arabi, EDITUM, University of Murcia. 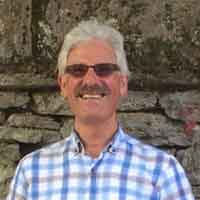 Stephen Hirtenstein is Editor-in-chief of the Muhyiddin Ibn Arabi Society’s Journal, is a MIAS Senior Research Fellow, and director of Anqa Publishing Ltd. He works as an editor on Encyclopaedia Islamica, and teaches Sufism and Sufi poetry at the University of Oxford. His recent publications include The Alchemy of Human Happiness (2018), and (with Pablo Beneito) Prayers for the Week (2021), a new edition of Ibn ʿArabi’s Awrād, and Patterns of Contemplation (2021), a translation and study of al-Ṣalāt al-fayḍiyya attributed to Ibn ʿArabī.

Preview of Online events in 2022

We hope to bring you the following online events this year:

23rd April, 2022 – 16.00 BST (London time)
Seminar and Q & A
Hany Ibrahim will develop themes from his forthcoming publication: Love in the Teachings of Ibn ‘Arabi.

19th-20th November, 2022
A weekend of online seminars:
Title: ‘Ibn ‘Arabi, receptivity and the idea of the feminine’.
Speakers:

* IRH – MIAS Interdisciplinary Research Hub. IRH is intended for discussions related to Ibn Arabi’s teachings as well as interdisciplinary approaches to his works. It is a friendly space that provides students, researchers, and lecturers the opportunity to give presentations on topics of their choice followed by a Q&A session. More information

Entries to be submitted by 1 September 2022

The Muhyiddin Ibn ‘Arabi Society (MIAS) is pleased to announce its inaugural, triennial MIAS Translation Prize competition. Given the significant scholarly and lay interest in English translations of Sufi works in general and Ibn ‘Arabi’s writings in particular, it is hoped that this initiative will encourage greater engagement with the teachings of ‘the Greatest Master’ and his school. The Prize is being sponsored by the Ibn ‘Arabi Societies in the UK and the USA, by MIAS AP (Asia Pacific), the Monash University Ibn Arabi Interreligious Research Initiative (IAI), and by private donors.

For this first competition, we invite submissions on prose texts by Ibn ‘Arabi. For more information on these texts and an assessment of their authorship, see the MIAS catalogue of works by Ibn ‘Arabi: https://ibnarabisociety.org/wp-content/uploads/PDFs/catalogue-of-ibn-arabis-works.pdf

Submissions should contain (1) a brief discussion introducing the text and its themes, and (2) a fully annotated English translation. It is expected that submissions will be in both Word and PDF formats and will be between 5000 and 8000 words (notes included), although this may vary. A model which applicants are encouraged to follow can be found here: https://ibnarabisociety.org/letter-to-imam-al-razi-mohammed-rustom/

The competition is open to all. Each entry will be evaluated for its textual fidelity, style, technical precision and readability by a panel of senior Ibn ‘Arabi specialists.

The winner will be awarded a cash prize of 3000 USD, and their translation will be published in the Journal of the Muhyiddin Ibn ‘Arabi Society (JMIAS), a leading peer-reviewed academic journal now in its fortieth year. Other submissions deemed by the prize selection committee to be outstanding may also be published in JMIAS.

For further details about the rules and regulations of this competition, and how to enter, please write to Professor Mohammed Rustom: mrustom@connect.carleton.ca

The last talk in the recent IAI Hidden Treasure series was delivered by Dr Eric Winkel, of the Muhyiddin Ibn Arabi Society, USA, on Saturday 4 September 2021. The title of his talk was: “‘I am a Buried Treasure, Concealed (in you):’ Ibn Arabi’s Role in the (our) Discovery of the Treasure Chest (in our chests)”.

Like other talks in this series between September 2020 and September 2021, the video and audio recording is available at https://www.monash.edu/arts/Ibn-Arabi-Interreligious-Research-Initiative/media [/]

A new series will start in 2022, and details will be posted here when available.

The Hidden Treasure online seminar series introduced Ibn Arabi, looking at his relevance to the contemporary world. It is organised by the Ibn Arabi Initiative (IAI) at Monash University. These seminars were open to the public and free, but it is necessary to register in advance.

In response to the period of confinement required by the pandemic, MIAS-Latina has organized video conferences under the title International Ibn Arabi Reading Circle 2020.

The sessions, lasting approximately an hour and a half, have taken place at 5:00 p.m. Madrid time, which is also convenient for American participants. They include an introduction (in Spanish, Italian or Portuguese), time for debate with the speaker, and time for open dialogue (in any of these three languages) among the attendees.

The first cycle of talks ran from April 22nd to July 26th, and covered a wide range of subjects. The second cycle of talks began on September 6th. The speakers include

Information about registration and details of all the previous talks can be found on the MIAS-Latina website: https://ibnarabisociety.es/index.php?pagina=34&lang=es [/]

See also the contribution by Pablo Beneito in June to the MIAS Blog: Reading Circles in MIAS Latina

Ibn ‘Arabi and The Geometry of Reality

This was a series of online talks organised by the Muhyiddin Ibn ‘Arabi Society in the UK, with different speakers paying tribute to the work of Michel Chodkiewicz and Keith Critchlow, two Honorary Fellows, who passed away earlier this year.

These talks had the form of ‘webinars’, with a presentation of 30-40 minutes, followed by up to one hour’s discussion with participants.

The first series began on May 9th with a talk by Stephen Hirtenstein, entitled The Circle and the Compass, followed by Pablo Beneito (MIAS Latina) speaking on The Blessing-Prayer of Effusion (May 23rd), and Jane Carroll (MIAS USA) on The Point of the Compass (June 6th).

The second series of three talks saw Jane Clark speak on Structures of ‘two-ness’: equivalence, complementarity and inversion (June 20th), and Eric Winkel on The Encircled Alighting-places of the Quran (July 4th). The final talk in Series 2, The Symbolism of the Two Arcs: some reflections, by Paolo Urizzi, took place on Saturday July 18th.

The first talk in Series 3 was by Samer Akkach on The Geometry of Causality and Unfolding of Destiny, followed by The Perplexing Geometry of Being: Ibn ʿArabi’s Correlative Ontology and the Notion of thubūt (August 1st), by Gregory Vandamme, (August 15th), and The Alif – the One, the Many and the Beautiful, by Rim Feriani (August 29th)..

Series 4 had talks by Michele Petrone, The Dot and the Line: Akbarian views on time and the instant (September 12th); Alexander Knysh, Tasting, Drinking and Quenching Thirst: From Mystical Experience to Mystical Metaphysics (September 26th); and Gracia López Anguita, The Structure of the Universe as a Network (October 10th).

In Series 5, Cyrus Zargar spoke on The Ambiguities of Union: Exploring the Relationship between Perception and Reality (October 24th), Carlos Berbil on A Fresh Look at Ibn Sabʿīn: The Circular Scale of Transcendence and Mediation (November 7th), and finally, Luca Patrizi’s paper was entitled Thus Spoke Adam: The Suryāniyya Language in Islamic Esotericism (November 21st).

The final session of the series was in the form of a special round table gathering of speakers from the series, with invited guests. It took place on Saturday, 5th December 2020.

Videos of all the talks in Series 1 to Series 5 are now available in the Podcasts and Videos section of this website, and on the Society’s YouTube channel. These recordings include the talk, but not the questions and discussion that followed.

Organised by the Muhyiddin Ibn ‘Arabi Society and SOAS School of Languages, Cultures and Religions, London

In view of the coronavirus pandemic currently affecting so many parts of the world, it is necessary to postpone this event, which was scheduled for 9th/10th May 2020. We will update this page when we have more information about the possibilities of a physical symposium.

While the present pandemic is causing the postponement of symposia and seminars in many locations, this could be a good time to explore the Society’s offering of Podcasts and Videos recorded at previous events.

There are more than 110 Podcasts and more than 25 videos available here, and they are being added to regularly.

Go to the Podcasts and Videos Overview