A Journey Through Wasl and Fasl: Women and Sexual Relations in Ibn Arabi’s Thought 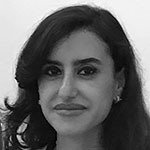 Heba Youssry is currently the Director of Manor House International School in Egypt. She holds a double BA in the fields of Business Administration and Philosophy and a double MA in Arabic Literature and Philosophy, all of which were attained at the American University in Cairo. She formerly held the position of Country Director for an NGO called Seeds of Peace, where she worked on establishing communication links between teenagers in countries impacted by the Middle Eastern conflict. Also, she worked as a freelance literary critic for Egypt Independent, an English language newspaper.

Podcasts and Videos by Heba Youssry

A Journey Through Wasl and Fasl: Women and Sexual Relations in Ibn Arabi’s Thought

Seeing the Unseen – On the Nature of the Cosmos