“Your Bewilderment Will Allow You to Arrive at Me”

Finding Beauty in the Midst of Conflict: Ibn Arabi in Jerusalem Today 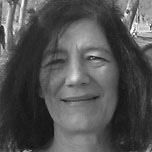 Yafiah Katherine Randall is a post-doctoral scholar in the department of Theology and Religious Studies at the University of Winchester. Her thesis investigated Sufism among Israeli Jews and Muslims in Israel and its potential contribution to reconciliation and conflict transformation.

“Your Bewilderment Will Allow You to Arrive at Me” – Finding Beauty in the Midst of Conflict: Ibn Arabi in Jerusalem Today

Perception of Beauty and Ugliness According to Ruzbihan Baqli Shirazi 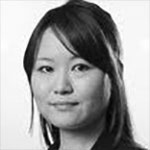 Kazuyo Murata holds a PhD in Islamic Studies with a joint MPhil in Medieval Studies from Yale University. She has broad academic training in the study of religion, philosophy, medieval intellectual history, and Arabic and Persian literature. Her publications include Beauty in Sufism - The Teachings of Ruzbihan Baqli (SUNY, 2017)

Perception of Beauty and Ugliness According to Ruzbihan Baqli Shirazi

... in radiantly beautiful human forms rather than in its own Angelic grandeur 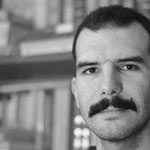 Omer Colakoglu teaches English at a school in Istanbul, and continues to work as a translator between Turkish and English. He has translated 14 books (two of them into English, the others into Turkish), and hundreds of articles. He is part-way through an MA program in Fatih University’s School of Divinity.

Gabriel’s Descension to Prophets, Particularly the Prophet Muhammad, in Radiantly Beautiful Human Forms rather than in its Own Angelic Grandeur

The Poetics of Shuhud: Experiencing and Expressing Human-Divine Beauty 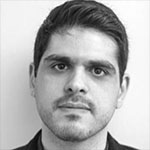 Cyrus Ali Zargar is Al-Ghazali Distinguished Professor of Islamic Studies at the University of Central Florida. His first book, Sufi Aesthetics: Beauty, Love, and the Human Form in Ibn ʿArabi and ʿIraqi, was published in 2011 by the University of South Carolina Press. His most recent book, The Polished Mirror: Storytelling and the Pursuit of Virtue in Islamic Philosophy and Sufism, was published in 2017 by Oneworld Press. Zargar’s research interests focus on the literature of medieval Sufism in Arabic and Persian. This includes metaphysical, aesthetic, and ethical intersections between Sufism and Islamic philosophy, as well as Sufi ethical treatises, the writings of Ibn Arabi and early adherents to his worldview, Sufism in contemporary cinema, and satire in medieval and modern literature. He is the author of articles in The Muslim World, The Journal of Arabic Literature, and Encyclopædia Iranica. Currently, he is completing a manuscript on the corpus of the 13th-century Persian poet, Farid al-Din Attar, and the manner in which Attar’s vision for humanity might comment on contemporary questions in religion. It is titled Religion of Love: Farid al-Din Attar and the Sufi Tradition, to be published by the Islamic Texts Society (Cambridge, UK).

Bird from the Garden of Meanings: Soul and Speech in Ibn Arabi’s Reading of Jesus

The Poetics of Shuhud: Experiencing and Expressing Human-Divine Beauty 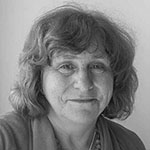 Jane Clark is a Senior Research Fellow of the Muhyiddin Ibn Arabi Society and has worked particularly on the Society’s Archiving Project as well as looking after the library.

She has been studying Ibn Arabi for more than forty years, and is engaged in teaching courses and lecturing on his thought both in the UK (including Oxford University and Temenos Academy) and abroad (including Egypt, Australia and the USA), and in research and translation of the Akbarian heritage. She has a particular interest in the correlation of Ibn Arabi’s thought with contemporary issues. She organises the MIAS Young Writers Award.

Jane Clark was a co-founder of The Journal of Consciousness Studies and is currently editor of the Beshara Magazine [/]. She has presented many courses as part of the program of the University of Oxford Department for Continuing Education. A list of the freely available resources created or selected by her as a tutor can be found here:

Towards a Biography of Sadruddin al-Qunawi

Fulfilling our Potential: Ibn Arabi’s Understanding of Man in a Contemporary Context

Universal Meanings in Ibn Arabi’s Fusus al-hikam: Some Comments on the Chapter of Moses

Some Notes on the Manuscript Veliyuddin 51 | with Denis McAuley

Podcasts and Videos by Jane Clark

Ibn ‘Arabi Counsels His Own Soul: Guidance and Deception in the Ruh al-Quds

“He Governs the World through Itself” – Ibn Arabi on Spiritual Causation

“As If You Saw Him”; Vision and Best Action (ihsan) in Ibn Arabi’s Thought

Introduction to the 2018 UK Symposium “The Alchemy of Love”