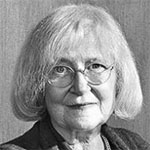 Dr. Ann Coxon has been associated with the Society for many years and was the Fellows’ Representative of the Ibn 'Arabi Society  in 2005. She had an international childhood exposed to many religious faiths, and was educated in convent schools. She is a Consultant Physician and Neurologist in full time Medical Practice in London. She says she is “still looking for the relationship between Medicine and Healing”. As a child she realised that religion does not necessarily result in goodness, but that did not deter her from the search for a spiritual path. Ann describes herself as being an “unconventional Muslim” and believes “each person seeks and finds their own spiritual path.” The first time she went on Hajj she was one of the pilgrims from the UK being followed by television.