“Watered with One Water”: Ibn ‘Arabi on the One and the Many

Angela Jaffray completed her BA at UC Berkeley in Near Eastern Languages and Civilizations (1989) and her PhD at Harvard University in Medieval Islamic Philosophy (2000). Her dissertation focused on the introductory logical works of al-Farabi. Since finishing her PhD at Harvard, she has focused on the writings of Ibn Arabi, whose work she was introduced to many years ago at Beshara Swyre Farm. She has published a translation and commentary on Ibn Arabi’s The Universal Tree and the Four Birds (published by Anqa Publishing in 2007) and translated Ibn Arabi’s Kitab al-isfar an nataij al-asfar (The Secrets of Voyaging, Anqa Publishing, 2015). Her translations of Garcia Lorca’s “Sonetos del Amor Oscuro” were published in Collected Poems of Federico Garcia Lorca (Farrar Straus Giroux, 2002).

Podcasts and Videos by Angela Jaffray

Better Living Through Alchemy – Some Secrets of Spiritual Medicine

Ibn Arabi on Himmah: The Spiritual Power of the Strong-souled Individual

“Watered with One Water”: Ibn Arabi on the One and the Many 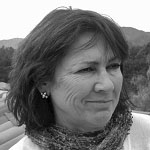 Jane Carroll is a Senior Research Fellow of the Ibn Arabi Society and is Secretary of the Society in the US. She first studied the works of Ibn Arabi at the Beshara School in Scotland in the 1970s while concurrently studying at the Architectural Association in London with a specific interest in traditional geometry and Islamic architecture. She currently has a design practice in Ojai, California.

“Whoever loses himself finds Me and whoever finds Me, never loses Me again” 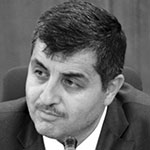 Suleyman Derin teaches at the Faculty of Theology at the University of Marmara in Istanbul. He obtained a Ph.D. from Leeds University, with a thesis titled Towards Some Paradigms on the Sufi Conception of Love: from Rabia to Ibn al-Farid, including a chapter on Ibn Arabi. His most recent work was on the subject of Ibn Arabi’s approach to the verses of qisas (retaliation) titled The Tradition of Sulh among the Sufis with Special Reference to Ibn Arabi and Yunus Emre. He is currently teaching professions on Sufism history, orientalism, Sufi tafsir as a professor in Sufism.

Whoever Loses Himself Finds Me, and Whoever Finds Me Never Loses Me Again 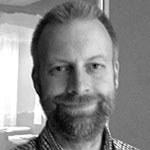 Niels Detert has been a long-time student of Ibn Arabi under the umbrella of the Beshara School. He works as a Consultant Neuropsychologist at the John Radcliffe Hospital in Oxford. Since 2007 he has been involved in developing the application of mindfulness techniques to helping his patients and other people with long-term medical problems. 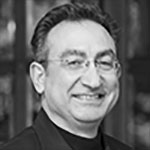 Dr Samer Akkach is Associate Professor of Architecture and Founding Director of the Centre for Asian and Middle Eastern Architecture (CAMEA) at the University of Adelaide, Australia.

He was born and educated in Damascus before moving to Australia to complete his PhD at Sydney University. As an intellectual historian, Samer has devoted over twenty years to the study of Ibn 'Arabi’s mystical thought and intellectual legacy, and especially to their later revival by Abd al-Ghana al-Nabulusi.

His book Cosmology and Architecture in Premodern Islam: an Architectural Reading of Mystical Ideas (SUNY 2005), traces the influence of Ibn 'Arabi’s thought on the spatial sensibility of premodern Muslim architects. His further titles Abd al-Ghan al-Nabulusi: Islam and the Enlightenment (Oneworld 2007) and Letters of a Sufi Scholar: The Correspondence of Abd al-Ghana al-Nabulusi (Brill 2010) examine the intellectual contributions of this influential and prolific Sufi master who considered Ibn 'Arabi to be his spiritual master and source of inspiration. 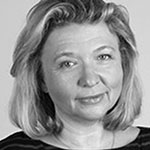 Olga Louchakova-Schwartz gained her Ph.D. at the Pavlov Institute, Russian Academy of Sciences, Saint-Petersburg. She taught for 25 years (1975-2013) at the Institute of Transpersonal Psychology, Sofia University, Palo Alto, California. She is currently an Adjunct Lecturer in Spirituality and Phenomenology of Religion at the Jesuit School of Theology, Santa Clara University, California. Her numerous publications cover a broad range of topics including autoimmune diseases of the nervous system, psychosomatic mysticism and non-dual consciousness.

Temporal and Eternal Time in Ibn al-Arabi and Mulla Sadra 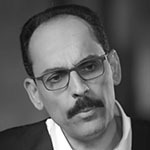 His book on Mulla Sadra’s theory of knowledge, entitled Knowledge in Later Islamic Philosophy: Mulla Sadra on the Unification of the Intellect and the Intelligible, appeared in 2010.

Temporal and Eternal Time in Ibn al-Arabi and Mulla Sadra