Ibn Arabi and the Philosophers: Reason, Revelation and Inspiration 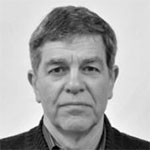 Stefan Sperl was born in Stuttgart and brought up in Luxembourg. He studied Arabic at Oxford and the American University in Cairo and did his postgraduate research at SOAS, London. In 1978 he joined UNHCR and held several assignments in the Middle East and Geneva. He returned to SOAS 1988. His publications include Mannerism in Arabic Poetry (1989), Qasida Poetry in Islamic Asia & Africa (1996, with Christopher Shackle) as well as numerous articles on Arabic, Islamic and Refugee Studies. In 2005 he embarked on a research project with Ahmed Moustafa which resulted in their joint publication The Cosmic Script: Sacred Geometry and the Science of Arabic Penmanship (2014). It won the Iran World Award for the Book of the Year in 2016.

Podcasts and Videos by Stefan Sperl

Ibn Arabi’s “Doves of the Arak Tree” and its Arabian, Quranic and Plotinian Antecedents

Introduction to the 2017 UK Symposium “Ibn Arabi and the Philosophers” 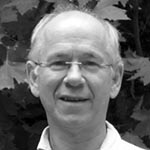 Richard Twinch is an architect, lecturer and world traveller with wide interests, including geometry, science, ecology, mysticism, philosophy, history and, more recently, finance, cooking and growing vegetables. He is most interested in the points where disciplines overlap, as that is where interesting things happen and are found.He works as the Events co-ordinator for the Ibn 'Arabi Society, and aspires to devote his time (apart from to his family and friends) to being a writer, poet and geometer.

Podcasts and Videos by Richard Twinch

Introduction to the 2017 UK Symposium “Ibn Arabi and the Philosophers”

Ibn al-Arabi and the Postmodern Philosophers: The Return to God After the Death of God   54:03 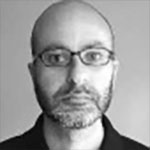 Ibn al-Arabi and the Postmodern Philosophers: The Return to God After the Death of God 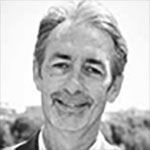 Éric Geoffroy is a French philosopher, islamologist, writer and scholar in the Sufi studies teaching at the University of Strasbourg, and in other centers (including the Catholic University of Louvain}. He is a member of the Arab Academy in Cairo. A specialist in Sufism, he also works on the challenges of spirituality in the contemporary world (globalization, ecology). He is president of the international foundation "Conscience  soufie"  – conscientiencesoufie.com. He is a member of several international research groups, such as Kalam, Research & Media  (KRM), and acts as scientific and editorial advisor on Islam (Fondapol , Les cahiers de l'Islam , Religions-Adyan …). His numerous publications in French and in translation are listed on his website:

Podcasts and Videos by Éric Geoffroy

Ibn Arabi on Free Will and Predestination: Between Philosophy and Mysticism   55:38 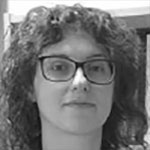 Maria De Cillis is a Senior Research Associate at the Institute of Ismaili Studies, London, where she is also the Managing Editor of the Shiʿi Heritage Series.

Dr De Cillis completed her PhD studies at the School of Oriental and African Studies (SOAS), University of London in October 2010. Her PhD Thesis has been published with the title of Free Will and Predestination in Islamic Thought: Theoretical Compromises in the Works of Avicenna, al-Ghazali and Ibn Arabi (2014). De Cillis has co-edited Shiʿi Esotericism: Its Roots and Developments (2016) as well as writing a number of journal articles and encyclopaedia entries. She has taught on the Qurʾan at the School of Oriental and African Studies (SOAS) and on medieval Islamic philosophy and speculative theology at and at Birkbeck College, University of London. She continues to lecture on Kalam and Falsafa at The Institute of Ismaili Studies. Her research interests include Islamic metaphysics, Sufism, Shiʿi esotericism and Ismaili philosophy.

Ibn Arabi on Free Will and Predestination: Between Philosophy and Mysticism

Ibn al-Arabi’s Encounter with Ibn Rushd and the Merging of the Two Seas of Mysticism and Philosophy in Islam   57:07 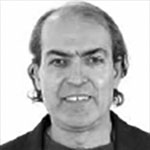 Dr Salman Bashier is an independent researcher who obtained his doctorate from the University of Utah. His PhD was published in 2004 under the title Ibn al-Arabi’s Barzakh: the Concept of the Limit and the Relationship between God and the World. He was formerly a Fellow at the Wissenschaftskolleg zu Berlin and a Polonsky Fellow. He is the author of several articles on Islamic mystical and philosophical thought in English, Hebrew, and Arabic. His book The Story of Islamic Philosophy: Ibn Tufayl, Ibn al-Arabi and Others on the Limit between Naturalism and Traditionalism was published in 2012, and his book (in Arabic) A Window On the Unseen: Between Ibn al-Arabi and Averroes, On Imagination, Conjunction, and Knowledge of the Self was published in December 2016.

Podcasts and Videos by Salman Bashier