Ibn ‘Arabi and the Geometry of Reality — Series 4

The Dot and the Line: Akbarian views on time and the instant43:59 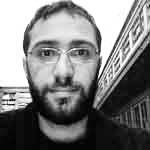 The Dot and the Line: Akbarian views on time and the instant 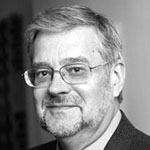 Alexander Knysh is professor of Islamic Studies and former chair (1998–2004) of the Department of Near Eastern Studies, the University of Michigan, Ann Arbor. He obtained his doctoral degree from the Institute for Oriental Studies (Leningrad Branch) of the Soviet Academy of Sciences in 1986. Since 1991 he has lived and worked in the United States of America and England. His research interests include Islamic mysticism and Islamic theological thought in historical perspective as well as Islam and Islamic movements in local contexts (especially Yemen and the Northern Caucasus). He has numerous publications on these subjects, including Ibn 'Arabi in the Later Islamic Tradition: The Making of a Polemical Image in Medieval Islam (1998). A large number of papers and valuable book reviews can be found on: https://umich.academia.edu/AlexanderKnysh [/]

The Structure of the Universe as a Network 42:33

Gracia López Anguita obtained her degree in Arabic Philosophy at the University of Cordoba. In 2005 she joined the Department of Arab and Islamic Studies at the University of Seville, where she is currently Assistant Professor. Among other publications, her book Ibn `Arabi y su época was published in 2018.

On the Inner Knowledge of Spirits Made of an Igneous Mixture: Chapter 9 of the Futuhat al-Makkiyya