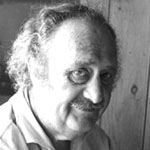 Bulent Rauf (1911-1987) was born in Istanbul in 1911. He was the grandson of Ismail Pasha, Vice-regent of Egypt, the family having close connections to the Ottoman imperial house. He was educated first at home, where he had a classical Ottoman education, reading Turkish, Arabic and Persian as well as three European languages, and then continued his studies at Roberts College. He attended Cornell and Yale Universities in he USA.

Bulent Rauf devoted many years of his life to the establishing of a body of knowledge based on an understanding of the absolute unity of existence. He was instrumental in the establishment of the Beshara [/] School of Intensive Esoteric Education at the Chisholme Institute [/] in the Scottish Borders. He was first President of the Muhyiddin Ibn Arabi Society.

His chief literary work was the complete rendering into English of Ibn Arabi’s Fusus al-hikam (“Settings of Wisdom”), incorporating the Turkish commentary attributed to Ismail Hakki Bursevi. He also translated into English (from Turkish), Kernel of the Kernel, by Ismail Hakki Bursevi (1981), and from French, Mystical Astrology According to Ibn 'Arabi by Titus Burckhardt (1977).

Extract from the Fusus al-hikam

Concerning the Universality of Ibn Arabi

Existence is one and only and unique. The existence of the beings are varied and consequent to the Unique Existence, the Unique Being.

Unicity prescribes total and absolute inclusiveness; thereby bearing the plurality of fruiting in the uniqueness of the seed.

Thus the Unique Existence in its necessary self-consciousness compiles an integration of knowledges which in themselves elucidate discernment and subsequently formulate an advisory sound judgement without a hint of condemnation: this tested against the background of intellect and intuition condescends in mankind as Wisdom.

Man is no other than a mirror image synthesising Being.

The Synthesis of Being is expressed by synchronicity of global influences that rule and set the parameters of a holistic image which is known as ‘manifestation’.

This manifestation is the individuation into relative context of that synthesis, while Being remains unassailed and integral as the source from which all expressions of relationships emanate and diversify ‘ad infinitum’.

Infinity does not propose the three considerations that qualify the relative state. The requisites that render manifestation relative are: Time, Space, Distance. Infinity is not concerned with any of these ‘dimensions’. However, it holds relativity within the consequences of its concept, remaining all the while unassailed, like the Being which it qualifies. Here the qualification does not colour the qualified; but the qualified engenders the qualification in consequence of self expression which remains subsequent and not integral

This is prevalent in all circumstances of relationships without ever attaining the Being which always remains, untouched by its qualities; unqualifiable. What remains unqualifiable remains unknowable, except in its effects; because expression and expressing is qualification. The awesome knowledge of this and its consequences of veridic and verified judgement appertains to Wisdom. When this is given to whomsoever ‘great good is established’.

With Ibn ‘Arabi wisdom becomes qualifications of the Ipseity in manifestation. Individuations bear these qualifications in total expression of their own temporal selves. These are the ‘Hikam’. the Wisdoms that perform the devolvement from gem to setting to satisfy the perfection of the jewel. Although ‘Hikma’ is Its qualification, Being still remains unlimited and unaffected by it, for the sheer reason that It Itself emanates the qualification in manifestation which is no more than the mere effect of Its infinite possibilities, while Itself remains far beyond any qualification as such.

The personifications of the individualized Wisdoms appear periodically through time as the era requires their presence to achieve completion. But these personifications, the Hikam (Wisdoms), are no other than the global holistic images of the synthesis of the Being, reflecting in relative exposure, aspects of the whole.

Take for instance the Hikma (Wisdom) of Rahmaniya (Compassionateness) in the Word of Solomon. One reads at the end of the chapter on Solomon in the Fusus al-Hikam: ‘If we exposed to thee the spiritual state of Solomon in all its plenitude, thou wouldst be struck with terror. The majority of the wise men of this spiritual way are ignorant of the true state of Solomon and his rank: the reality is not that which they suppose’[1].

What has been perceived of Solomon in relative exposure is only an aspect of the holistic image of the Rahman (The Compassionate).

God says: ‘Call me God (Allah), call me The Most Compassionate (Rahman)… then, those with perfect perception should undoubtedly see the holistic image of Allah when they see the Rahman. However, under the influence of the relative state of vision, the hologram image of Rahman is only restrictively aspected into perception, giving rise to the quote at the end of the chapter on Solomon: ‘If we exposed to thee the spiritual state of Solomon in all its plenitude…’

What Ibn ‘Arabi refers to in this sentence is the holistic image perception of the Rahman, which he refrains from exposing. This image would definitely be in conjugation with Allah, and would consequently be terrifying to perceive since it would hold in one instant through infinity all opposition and proposition at once. This would be impossible to relate to for a rational relative intellect. All the Bounteous Compassion, as a free gift, would deluge fittingly, proportioned and limitless, upon the Man, not as in unloading from one and loading onto the other, but as the Being of endlessly Bounteous Compassion devolving through the Being in Its aspect as Solomon the Man. This would be impossible to bring into any metaphysical or perceptual coincidence with any intellectual aspiration, no matter how wild and widely hyperbolic and imaginative. This is what remains esoteric; and what we find exoteric in Solomon is what the Rahmaniya gives as effect (as related by Ibn ‘Arabi). considered as sufficient material to understand the magnitude of Rahman and the free gift that devolves from it. Hence our limitation brings into being the often quoted sentence: ‘The beginning of Wisdom is fear of God’, for the easy use by the many.

Personified Wisdoms, the Hikam, are inlellectualized, direct expressions of potentials represented as fixed possibilities in the inexpressed thought realizations or mentations of the Being. At this juncture these expressions cannot be, as yet, qualified as an expression, simply because they have not as yet devolved into the exterior, either as vision or as sound.

Now, if we remember the importance Ibn ‘Arabi attaches to sound as primordial expression of will and how, consequently, ‘things’ are effected and affected and influenced by even a letter – like the letter (waw) [2] for instance, or by the syllable full of consequence (Kun, be) – then we will arrive unavoidably at the point where an auditory impulsion received and accepted is certainly the most effective, if not the major consequential expressive impulse as such. This combines both the elements of order (Hukm, from the same root as Hikma) as well as the necessary auditory reaction – a point which again, Ibn ‘Arabi strongly underlines as the only possible acceptable correlative of sound – the hearing and listening.

However, hearing and listening do not always reverberate the same intensity of motive or concordance: one, sometimes, remaining completely passive, whereas the other may be simply active enough to be receptive but with no consequential ‘motor’ reaction to corroborate an active acceptance with subsequent concordance. To these two may be added a further two, one of which will be a submissive reaction culminating in concordant action; or the reverse which is ‘rebellion’ and its varied and multitudinous reactions. But these last two modes are not in the limits of our exposition. It is necessary, therefore, to define the limits of Hikma (Wisdom) to the action of pronouncement, otherwise known as ‘invitation’ to the pronouncement – (You are only sent to invite: Qur’an) – because Wisdom does not coerce in any way except by exposition of Truth and its modal applicability to the time-space defined state; or even to the statement, relevant.

This is exactly the mode of action of Essential Devolvement through an erstwhile mentation where a state of self-awareness engenders self-existence as its natural consequence but without a cause and effect procession or any lateral or perpendicular time relationship. There is only a de-facto statement manifesting in exposition as Wisdom – given, where ‘given’ only refers to the ability in the subject receiving the gift to perceive that which is proffered, and more intensely, to recognise it as what it is meant to be, with all the appertaining intrinsic and extrinsic consequential activity of complete and absolute vision and equally, complete inaction. (The Wise man does not act: Lao Tsu)

All the Words who are Wisdoms defile through our conceptual time, sometimes in accordance with our temporal procedure and sometimes metachronically, till a consequence of complete exposition of the non-coercive judgement in accordance with Essential knowledge is reached.

Ibn ‘Arabi adhibits these Wisdoms, each, as emanating from the Words. But this does not eliminate the blatancy of the incorporation of Wisdom into the Word and their conjunction. The sound of the Word reaches intelligible response in the manifested world as the condescension of Wisdom with man at the right instant, since Wisdom is consequential to absolute knowledge and therefore not otherwise qadim or ancient as intrinsic to the Ipseity since it defines; but it is so to the effect of the Essence in proper proportion and appropriate instance.

Significantly, although beyond the context of this paper, the series of Wisdoms that come down to Mohammed end with this Seal of Prophethood where a proposal of religious law is concerned. Yet the Word is permanent and cannot end. To this effect Ibn ‘Arabi and all followers of the same way concur that law-giving Prophethood is sealed: but the other kind, the one that does not propose a new religion and religious law, carries on the necessary continuity of the Word and consequently the Wisdom that the Word holds.

Thus it is that the Fusus al-Hikam comes to be put into the hands of Ibn ‘Arabi to be exposed as ‘people will benefit’, and equally thus it is that Wisdom is never acquired but always received when given to whom God may choose to gjve and once given to whomsoever ‘great good is established’.

This article was presented as a paper at the Third Symposium of the Ibn ‘Arabi Society, held under the title ‘Wisdom’ at St Edmund Hall, Oxford, in 1986.

It first appeared in the Journal of the Muhyiddin Ibn ‘Arabi Society, Vol. V, 1986, and was reprinted in Addresses II, Bülent Rauf, Beshara Publications, 2001.

[1] From The Wisdom of the Prophets, translated by Titus Burckhardt.

[2] Mystical Astrology according to Ibn ‘Arabi, by Titus Burckhardt, translated by B. Rauf.