The Ransom and the Ruin 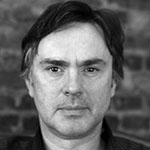 Aaron Cass has been an actor, musician, composer and co-founder of the Vastearth Orchestra, with whom he produced two albums issued by Beshara Publications. A Garden Amidst Flames is a recording of 31 extracts from four works by Muhyiddin Ibn ‘Arabi and two followers. In Green Bird the musical content was extended, with some of the texts set as songs and some purely instrumental pieces.

Aaron studied Ibn Arabi and Rumi, amongst others, at the Beshara School in Scotland, where he was both a student and correlator.

The Ransom and the Ruin

Recitation of Ibn Arabi’s Poetry in Arabic and English

The first time I read the Tarjuman was as a student at the Beshara School; it was part of the preparation for a solitary retreat; our studies were punctuated with meditation and devotional practices. I remember it seemed as if the sun never completely rose that week. There was an atmosphere of awe, of being in a dangerous place, an inexplicably challenging twilight. I understood nothing in spite of years of study of the Fusûs and other works, in spite of the lucid commentary. The second time was less mysterious. I was now assisting in the supervising of the course with the same aims and format as the one I had attended a year earlier. I was fortunate to be able to follow the insights of my colleague on the course who seemed at the time to have a miraculous way with the text.

The third time something else happened. It is as if the book opened. I do not know what this means but I have heard even physicists talk about this kind of thing; a sudden opening, in which more is given than all your preparation prepared you for. And this opening was not a revelation of its secrets but the awakening of the sentiment – a sense that this inspiration was real and present. The memory of that first reading , that long dark week, became more significant than it had seemed at the time, as if the veiledness was purposeful, disguising a more enduring, more and essential benefit.

The demand of the Tarjuman, the demand of the way that Ibn ‘Arabi prescribes, is like this – it is not the demand to understand so much as to identify as completely as possible with that spirit. I can imagine the sheikh reading these poems and in the reading there being an actual recalling of the condition which inspired them, for this condition is the greatest freedom, the taste of being in this world but really belonging to the next, at a doorway between existence and non-existence and this is where the Poet par excellence stands. What he expresses is not his view of the world or himself, not some private interiority which is merely a self-constructed sub-universe, but rather the play of divine images upon the Divine Mirror, subtle realities still hot from their birthplace.

For Ibn ‘Arabi poetry is the expression of an intensive and prolonged contemplation of God and nothing else. Ibn ‘Arabi is describing in the Tarjuman the manner proper to contemplation of Reality. The images are the images of primordial forms (not archetypes, which are the synthetic product of a collusion between a speculation that the world is real and the conjecture of a higher reality) the modes in which the divine wisdom clothes itself before its descent into the realm of thought. In this respect he is not inviting the reader to contemplate his iconography, but rather to follow the spirit whose footprints the images are. This order underlies the well attested fact that the power in poetry lies in how much is hidden. The less is exteriorised the more intense the exteriorisation. The images are not meant to be explained, they speak for themselves. The images of the visionary imagination are closer to reality than the knowledge derived from them, just as it is said that the child is closer to its Lord than the adult. And this is because the mystic poet aspires to be in the real proximity of the inspiration, the place from which he draws his breath and his primary motivation.

Yet the poetic sensibility is not only about the love of the succinct, the concentrated, the sheer meaning where the fewer the words the better – it is about the actuality of esoteric knowledge, a knowledge which is identical to being. The subject is the self, not by way of reflection, but because of the singleness of the Divine regard and the Divine action, the realisation in the person of the mystery of tawhid.

This taste for the primordial, the original, underlies Ibn ‘Arabi’s clear belief that what is most elevated is what is most real. Hence his confession that the things of the next world are more valuable to him than the things of this world. How many can say this? Without this commitment there is no possibility of the poetic sensibility being expressed as a mode of being. The issue is not the poetry as Jelaluddin Rumi implied when he said: ‘If the guest wants tripe , then give him tripe’, but rather the state of consciousness which it represents and this is a taste beyond theory and practice. The difference between Rumi and Ibn ‘Arabi lies in Ibn ‘Arabi’s formal intensity, the sense of the self-disclosure and self-veiling of reality. Rumi expounds, Ibn ‘Arabi exposes. He also assumes the spiritual integrity of the reader, assumes that misinterpretation is ultimately impossible, because that faculty which interprets according to its own limit will not penetrate the meaning. In this sense somehow the Tarjuman‘s images demand being seen from the inside, its weighty symbolism can only be approached from and in the country of their origin. Thus they appear obscure to the intellect, though curiously native to the heart.

This is the divine action inspired by its own ever transient self-revelation. Thus this other-worldly-ness expressed in the highly formal imagery brings the reader to that threshold between worlds, where what seems like the architecture of a mausoleum, a graveyard, a desert, is precisely the place where the inspiration is to be received. That it is a ruin, a desert, emphasises the transience of the images that appear in it, and their starkness, the power of their self-definition, the brightness of their colours, the very fact that they are of the order of self-revelation. Blake said: ‘Wisdom is sold in the desolate market where none come to buy’.

Reading the Tarjuman for the first time is like arriving at the gates of a ruin; from the outside there is nothing happening, because it is all happening inside. You cannot see it from where you are. You are brought to your knees. You are invited to leave thought and take up contemplation.

I have to leave an in depth analysis of the language of the Tarjuman to another more versed in these matters, but one point can be drawn out even in principle because it seems essential when talking about poetry or any art. Anyone who prays knows that in prayer you are brought closer to yourself and to your origin, your Lord. The only craft in art or poetry is the stripping away of what does not belong to that origin – so poetry is the stripping of language to its song-like origins – as if the sounds themselves, like the sounds of a prayer, are the re-cognition of the very origins of speech. Again, the poet by nature is at the door between the worlds, all he does is witness the movement of the news that passes through – and what appears there is according to its original beauty, and the one who witnesses this is also completely himself, according to his original beauty. In this respect Ibn ‘Arabi’s greatness is not as a poet, but as a witness. And as a witness he joins the reader not at the reader’s level but as a guide to the reader’s potential. We are all in the same position in reality though not in the same degree. Ibn ‘arabi does not tell us how things are because he does not turn away from the object of his own journey. His poetry possesses the same integrity as all his writing and in this way the Tarjuman is nothing but the image of a door to be stood at and seen through.

Many of the images in the Tarjuman seem to be also in transition between worlds. It is a twilight world, of reddish-white camels, subtle beauties, treacherous because they are at the very brink of form, un-containable spirits, henna tipped fingers – a place where the soul in its ultimate mirroring reaches the throat, the very edge of departure. But it is at the edge of life that life begins.

The mystic pitches his tent in this place because this is the ground where the Real descends according to Its own descent, the private place, the land of the living, the dwelling place of the Uncontainable. And ‘she is wild’ because the Divine Love does not condition, does not love for its Self, it is given for loves sake, not for what can be derived from it. The ultimate interpretation of Ardent Desire is that it is the very spirit that brought us into being and is that same spirit that returns us.

In the pen-ultimate poem of the Tarjuman, Ibn ‘Arabi seems to address us for the first time. Until now it is as if we were looking at his back, or over his shoulder and now he makes explicit the invitation.

“Approach the dwelling place of the dear ones who have taken covenants –
may clouds of incessant rain pour upon it!
And breathe the scent of the wind over against their land, in desire that
the sweet airs may tell thee where they are.
I know that they encamped at the ban tree of Idam, where the arar plants
grow and the shih and the katam.”

Extracts from a talk by Aaron Cass, on the Tarjuman, given at the Ibn Arabi Symposium on Poetry in Oxford 1998.