Jesus in the Quran: an Akbari Perspective 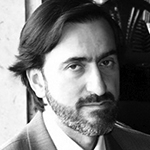 Reza Shah-Kazemi is an author who specializes in comparative mysticism, Islamic Studies, Sufism and Shi’ism. He is the founding editor of the Islamic World Report and currently a Research Associate at the Institute of Ismaili Studies with the Department of Academic Research and Publications, where he is editing the English translation and edition of the Great Islamic Encyclopaedia (from Persian). He received degrees in International Relations and Politics at Sussex and Exeter University, before receiving his doctorate in Comparative Religion from the University of Kent in 1994.

Jesus in the Quran: Selfhood and Compassion – An Akbari Perspective (Part 1)

Jesus in the Quran: Selfhood and Compassion – An Akbari Perspective (Part 2)

Go to Part 1 of this article

Returning to the theme of selfhood and compassion, the following affirmation by Ibn ‘Arabi is of great importance:

We have seen how God has mercy upon His own Names and Qualities; on the human plane, this”self-compassion” implies radical objectivity towards one’s own self. This idea is expressed in a most incisive manner by Ibn ‘Arabi in the following dialogue with his own soul: the very fact of the dialogue itself implies the “otherness within”, the objectivity that one must have towards one’s own soul. The dialogue involves two of the greatest saints of Islam, Mansur al-Hallaj and Uways al-Qarani. Ibn ‘Arabi’s soul argues that al-Hallaj surpassed the degree of Uways because, while Uways satisfied his own needs before giving away his surplus in charity, al-Hallaj was prepared even to sacrifice his own needs for the sake of others. To this argument of his own soul Ibn ‘Arabi replies:

If the gnostic has a spiritual state like al-Hallaj, he differentiates between his soul and that of others: he treats his own soul with severity, coercion and torture, whereas he treats the souls of others with preference and mercy and tenderness. But if the gnostic were a man of high degree… his soul would become a stranger to him: he would no longer differentiate between it and other souls in this world… If the gnostic goes out to give alms, he should offer it to the first Muslim whom he meets… The first soul to meet him is his own soul, not that of another.

To digress a little, although the focus of this paper is on the “Qur’anic” Jesus, the perspectives opened up by Ibn ‘Arabi enable one to see the biblical message of Jesus, also, in quite a new light. Through the Akbari perspective on ontological compassion, one comes to appreciate deeper aspects of Christ’s biblical injunctions: For instance in Mark:

The meaning of “loving oneself” is altogether transfigured in Ibn ‘Arabi’s metaphysics of Self-compassion. It is also significant that the second commandment is described as “like” the first. In Ibn ‘Arabi’s perspective, it is likely that the word ‘ayn would be used: it is identical to the first. For he would stress that there is but one God, one reality; thus love of God must be directed to the divine nature in itself, above and beyond all creatures, but also to the divine nature immanent within all creatures, the divinity that constitutes the true being of the creatures. Both modes of love relate to the one and only Beloved. One recalls here another of Christ’s sayings:

And this saying in Luke, after taking a child’s hand:

The idea that every mawjud is by definition already a marhum raises the pitch of Christ’s message of charity and compassion, a message that is so often limited to a purely moral application. For example:

Love your enemies, do good to them which hate you, bless them that curse you..ye shall be the children of the Highest: for He is kind unto the unthankful and to the evil. Be ye therefore merciful as your Father is merciful (Luke,VI: 27-8, 35-6).

This verse from Matthew evokes with particular clarity the universal compassion that embraces all things by virtue of giving them life:

… your Father… maketh His sun to rise on the evil and the good, and sendeth rain on the just and the unjust… (Matthew, V:45).

It was stated above that it was not just compassion but also humility that flows from an understanding of true Selfhood. Returning to the verses in the Sura Maryam with which this discussion began, it is important to note that the first words of Jesus in the cradle were “Truly I am the slave of God” (XIX:30). Now it might seem at first sight that creaturely slavehood and divine Selfhood are diametrically opposed, yet in Ibn ‘Arabi’s perspective, as we have observed above,only he who knows that he is a slave of God will come to know that God is the only true Self of all. In his description of the climax of his own spiritual ascension, Ibn ‘Arabi makes clear the relationship between slavehood and Selfhood:

God removed from me my contingent dimension (imkani). Thus I attained in this nocturnal journey the inner realities of all the Names, and I saw them all returning to One Subject (musamma wahid) and One Entity (‘ayn wahida):that Subject was what I witnessed and that Entity was my being. For my voyage was only in myself and pointed to myself, and through this I came to know that I was a pure ‘slave’ without a trace of lordship in me at all.

Again, let us note that the first thing that he says after this remarkable experience of tawhid in subjective mode, that is, the realization of the oneness of true Selfhood, is that he came to know his own slavehood. What this shows clearly is that self-effacement is the consequence of true Self-realization. When the subjective core of individuality is effaced, there can be nothing to which pride can attach itself: with the effacement of individuality, there is the uprooting of pride, and the consummation of a humility that is as ineradicable as the knowledge upon which it is based is indubitable.

To complete our reflections on the relationship between Selfhood, slavehood and compassion, let us consider the following remarkable commentary by Kashani on verses in the Sura al-Insan. Here, self-extinction is seen as inextricably tied to self-giving. In the verses in question we are presented with a distinction between the righteous (al-abrar) and the slaves of God (‘ibad Allah):

Truly the righteous shall drink from a filled cup [containing a drink] flavoured with Kafur – A fountain from which the slaves of God drink, making it flow with greater abundance (LXXIV:5-6).

Kashani interprets this fountain as a symbol of the divine Essence, beyond the divine qualities. The righteous, he writes,

are the joyous ones who have gone beyond the veils of traces and actions, and are now veiled by the veils of the divine qualities. But they do not completely stop at this level, rather, their orientation is towards the Fountain of the Essence… they are midway along the Path.

The slaves, on the other hand, who drink directly from the fountain itself, without diluting the drink at all, are distinguished by their exclusive devotion to the unity of the Essence:

Their love is for the Fountain of the Essence beyond the Qualities, not differentiating between compulsion and kindness, gentleness and harshness… Their love abides in the midst of contraries, their joy remains in the face of graces and trials, compassion and distress…

The important point comes now. It shows the clear relationship between slavehood, selfhood, and self-giving: for these slaves not only love the Fountain of the Essence, they are submerged in it, totally and indistinguishably one with it. The words of the Qur’an powerfully evoke this identity, yufajjirunaha tafjiran, they make the fountain flow all the more abundantly, the more they drink from it. Why is this? Because,the slaves, according to Kashani,

are [themselves] the sources of this Fountain; there is no duality or otherness… were it otherwise, it would not be the Fountain of Kafur, because of the darkness of the veil of egoity (ana’iyya) and duality.

There is no ego-consciousness in the Essence, for there are no distinct egos, although all are nonetheless mysteriously contained by the Essence, in absolute non-differentiation; there is but the one Self, the Nafs al-Haqq, the self of the Real, and there are no distinctions, no tafadul, therein. It is only in the Paradises that one finds such ranking in the degrees between the prophets, saints, martyrs and righteous ones. In the Futuhat one finds Ibn ‘Arabi making this point by means of distinguishing between “essential (dhati) perfection” and “accidental (‘aradi) perfection”, the first pertaining to pure “slavehood” (‘ubudiyya), the second to “manliness” (rajuliyya):

In other words, “accidental perfection” pertains to the individual, whether in the world or in the heavens – this mode of unavoidable self-affirmation is thus “manly”, in contrast to the ontological effacement of the individual in the highest realization, such effacement being evoked by the term “slave”. Thus, to return to Kashani’s ta’wil,the drinking of the “slaves of God” at the fountain of the Essence – together with the fact that such drinking only increases the flow of the fountain -symbolises their inner identity with the Essence, but as persons they remain distinct in the various levels of Paradise. And, one might venture to add, in the spirit of this perspective, this is not just the case in the Hereafter, it is also the situation here-below: the prophets and saints are inwardly at one with the Essence, while outwardly, as slaves, they imbibe from this fountain, the source of essential identity, the one and only Self of the Real; and this is why they are not just slaves, but veritable streams of grace by which the infinite compassion of Al-Rahman flows through the veins of the entire cosmos: