A brief survey by Julian Cook and Claude Addas 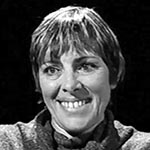 Claude Addas studied Oriental Languages and has a degree in Arabic and Persian. She is the author of Quest for the Red Sulphur: the Life of Ibn Arabi, which has been translated into several languages, and Ibn ʻArabī, the voyage of no return. Her most recent publication is La Maison muhammadienne. Aperçus de la devotion au Prophète en mystique musulmane (Paris: Galimard, 2015).

The Experience and Doctrine of Love in Ibn Arabi

The Ship of Stone

Julian Cook holds a doctorate in Applied Mathematics from the University of Washington, Seattle. He has made a major contribution to the delivery and development of the online catalogue of Society's Archive Project, and developed unique methods for the comparison of manuscripts which have been the foundation for resolving longstanding editorial problems in the Diwan and other works of Ibn 'Arabi.

The Great Dīwān and its offspring: The collection and dispersion of Ibn 'Arabī's poetry| with Stephen Hirtenstein

Ibn ʿArabi wrote two versions of his magnum opus, al-Futūḥāt al-Makkīyah. He completed the first in 629H and began writing the second in 632H, completing that in 636H. The original manuscripts of the first version appear to have been lost, although partial copies still exist. The 37 volumes that make up the second version holographs (manuscripts in the author’s own hand) exist to this day, with the exception of volume 9, which is a defective replacement.

Late manuscripts of the Futūḥāt tended to contain hybrids of the two versions, presumably because scribes and collators were more or less ignorant of the fact that Ibn ʿArabi had written two versions. Ever since the 3rd edition (the standard Cairo edition) modern editors have attempted to bring their editions as close as possible to the second version holographs, the “Konya” manuscripts, once part of Sadr al-Din Qunawi’s waqf, and now in Istanbul (Evkaf Muzesi 1845-1881).

The editors indicated (v.1, p.801) this was based upon a number of manuscripts (nusakh ʿadīda).

This first edition appears to be a mixture of first and second versions of the Futūḥāt (unpublished research).

This second edition of 1293H is also a mixture of the two versions of the Futūḥāt (unpublished research).

The famous third edition of Būlāq (1329/1911) reproduced the second version of the Futūḥāt thanks to the investigative efforts of the Emir ʿAbd al-Qādir al-Jazāʾirī.

This edition of 1329H has been the object of numerous reproductions in Beirut since 1968. One 9 volume reissue, which saw the light of day in Beirut in 1999, contains a number of very useful indices: Dār al-Kutub al-ʿIlmiyyah. Beirut 1420/1999. Editor: Aḥmad Shams al-Dīn. 9 volumes. Volume 9 contains the indices and is downloadable from http://www.sufi.ir/books/download/arabic/ibn-arabi/fotoohat-9-jeldi-aks/fotoohat-9-9-ar.pdf

This is available as 14 separate files on the Internet with filenames similar to الفتوحات 14.pdf

The main text reproduces on the whole the second version. (We say ‘on the whole’ because Osman Yahia does not systematically follow the text of the holograph but opts in some cases to follow the reading of other manuscripts – as a result he provides a hybrid text). But above all he took great pains to make note of variants he found in other manuscripts, in particular the Beyazid manuscripts which correspond to the first version.

On v.1 p.12 OY lists some of the abbreviations he uses in his footnotes to indicate variants:

Based upon the holograph manuscript of the second version (now known as Evkaf Muzesi 1845+; 37 volumes; OY’s ‘K’). First published in 2010. Contains useful indices for all the poetry, whether by Ibn ʿArabī himself or by earlier poets.

MIAS hold a copy of this 12 volume set (3 parts of the holograph per volume, with 4 in the last). We know of no digitized versions of the text. A supplementary volume comprising a number of indices was published separately and in digital format – downloadable from http://ibn-alarabi.yolasite.com/resources/all.pdf