Books sold by the Society in the USA


↓ Contents of the Publications section

Books published by the Society

Books sold from the USA

Special offer of Back Issue Journals

The Society has a limited number of back issues of the Journal to offer for sale.

This offer can only be made to people in the USA – postal costs outside the USA are greater than the offer price!

Please list which Journals you are purchasing – MIAS-USA-Journal offer.
The full list of Journals, along with their contents, can be viewed here.

Books for sale in the USA

The books below include two published by the Society, and some by other publishers. They are primarily for sale within the USA.

Please allow 2-3 business days for shipping for US orders.

Books can be purchased online using Paypal’s secure payment method. You can make payments even if you don’t have a Paypal account.

Rest of World
To order books published by the Society, please see the UK books page.

The Hizbu-l Wiqayah (or Dawr al-a‘la) is Ibn Arabi’s prayer for protection. In microfiche form, it is frequently carried as an amulet or displayed in a significant place. Arabic text with phonetic transliteration. 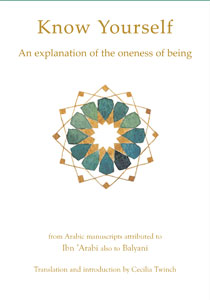 Translated from the Arabic by Cecilia Twinch

The power of ideas has been expressed in many ways. It is also true of a wrong idea, illusion, and the most deep-rooted and limiting of ideas is the idea of our own existence. “Know Yourself” is a clearing away of misconceptions, so that a true perception may appear.

This book has been valued and read for hundreds of years. It is an enduring book, because of its directness and clarity. 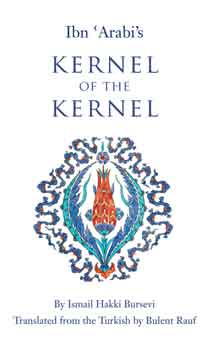 Kernel of the Kernel

Translated from the Turkish by Bulent Rauf

The Kernel of the Kernel – an Ottoman translation and commentary on passages of Ibn Arabi’s Futuhat al-Makkiyya.

“For the one who is ready to look into the depth of his or her own being, to the kernel of the kernel which is his essence, this book is invaluable.” Ismail Hakki Bursevi’s commented on passages from Ibn ‘Arabi’s Futuhat al-Makkiyya to produce a unique résumé of the journey of the human becoming. 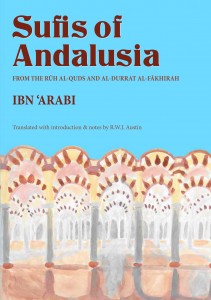 Extracts from The Ruh al-Quds and Durrat al-Fakhirah, translated with introduction and notes by Ralph Austin

Sufis of Andalusia consists of biographical sketches of some of the contemplatives and spiritual masters among whom Ibn ‘Arabi spent his early years. The Ruh al-Quds was written in response to the comments of a friend who lamented the spiritual degeneracy of the times in which they lived.

These accounts bring to life with great vividness a remarkable spiritual milieu, and a group of individuals who manifest superlative wisdom in their intensity of devotion and service to Reality. This book will speak directly to all serious seekers after real knowledge. 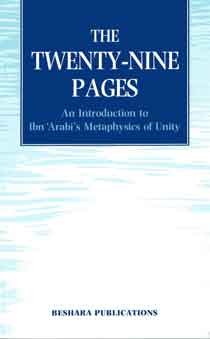 Extracts from The Mystical Philosophy of Muhid Din Ibnul Arabi by A.E. Affifi

Affifi’s work had four main sections. The first was devoted to what Ibn ‘Arabi said about Being and Reality, the second collated what he wrote about insani kamil (the Logos, the perfect human being). The third dealt with knowledge and varieties of mystical knowledge, and the fourth considered aspects of the path of return. The result was a rather formal overview, but one rich in quotations from Ibn ‘Arabi’s writings, and reflecting the breadth of his exposition.

The extracts presented here as a continuous text were first put together many years ago by Bulent Rauf, consultant to the Beshara Trust until his death in 1987. His intention was to provide a complete introductory guide to the language and thought of Ibn ‘Arabi, particularly those aspects of his doctrine which refer to the unity of being and the perfectability of man.

Long known simply as the ‘Twenty-nine Pages’ from the format of its original printing, this text has been a foundation for study at the Beshara School of Intensive Esoteric Education, where it has been read prior to Ibn ‘Arabi’s own more demanding works such as the Fusus al-Hikam. The rich content, incisiveness and extraordinary scope of the passages from Ibn ‘Arabi make it an invaluable reference for all students of mysticism and the spiritual life, whatever their background.

Wisdom of the Prophets

Twelve chapters of the Fusus al-Hikam, translated from Arabic to French by Titus Burkhardt and from French to English by Angela Culme-Seymour

“This is a translation of what is probably the most significant and influential of all Ibn ‘Arabi’s books. The work is beautifully written and the translation itself is as accurate and evocative as any we could imagine. ‘Arabi’s concept of a totally unified and unifying spiritual perspective is well expressed.”

Titus Burkhardt’s translation was intended as an introduction to the text, and it is probably still the best starting point there is, supported by footnotes which reflect his deep knowledge of the great spiritual traditions.