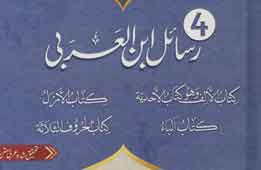 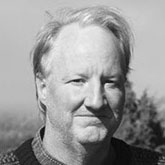 The Futūḥāt Project has a place on the Ibn al-’Arabi Society website where it gives news of developments. It includes a page where my colleague Ruadhan, who copy-edits the translation for publication, collects quotations from the translation. He generally adds one of these per day. Take a look.

But let us look now at an idea found at the end of the page introducing the Futūḥāt Project itself:

Now this is a hard one to swallow! As I read this statement, I think: ‘Not so fast; I’ve got some questions. If what you say is true, you’re going to have to convince me.’ And if you have similar misgivings—well, it turns out that we are in good company. This is ‘one of the most neglected issues’, Ibn al-’Arabi says.

But we get confused because we think that this creation was made for us, or that ‘It’s my creation.’ And if it’s my creation, then I have a lot to say about how it’s not perfect. ‘I would like to have more people like this and fewer people like that’; and ‘I’m definitely lacking this’; and ‘If only I had that, things would be much better.’ All of these very natural and common feelings are based on an assumption, a hidden assumption, that the creation is made for me and I am the creator of this creation. But to know that the world, the creation, was created not for me but for God’s names, Ibn al-’Arabi says, turns the whole picture around.

So then, when you see things that are happening which you don’t like, you realize that these things that you don’t like—such as all these injustices and awful events—they are actually there in order for the Divine names to be used and to be in effect, and to have force and not be idled. And Ibn al-’Arabi takes this to the ones who said—and he won’t say who said this, but we all know—in al-Baqarah 2:30: Are you making on her (on the Earth) one who would pollute her and spill blood? This is the idea that You, the Divine, are going to make these human beings, and they are going to pollute the Earth and they are going to spill each other’s blood. And what kind of world is that? Well, it’s the kind of world that is the perfect world for the Divine names to be able to display their ruling force. And so errors and mistakes and sins and offences—all of that is there for the Divine names. And in fact, Ibn al-’Arabi says that the Messenger of God says that if you did not offend, God would have gone to a people who would offend—and then they would ask for forgiveness, and God would forgive them.

So quite clearly the reason we have these offences is so that there is an asking for forgiveness and a Divine forgiveness. And if there were no calling for forgiveness and nothing to forgive, then the Divine name the Forgiver, the All-Forgiving, would be idled and would not be able to display its entire force. Therefore, this problem that we all face—about, ‘Why is the world this way?’ ‘Why isn’t it that way, and why can’t it be better?’—is relieved, and the question is relieved when we look at why we are assuming that the world is not the perfect place. And we are assuming that because we want this world to be ours, and we want it to be that we are the creators. Ibn al-’Arabi is saying that this is something that even our friends—even the very elevated friends of God—even they will forget this at times and not realize that the world was created for God’s names to be active and to rule.

Therefore, the world that we have right now is the perfect world—and there is no better world somewhere else, and there would be no better world if one or two things were to change. There’s nothing better than what is. This, Ibn al-’Arabi says, is one of the most neglected issues.

One of the most neclected issues

The same quotation from Ibn ‘Arabi was discussed in the talk given by Eric Winkel at the symposium in Oxford in 2019 (“Counsel My People”). The talk, available on this website, was entitled “One understands that a journey entails weariness and difficulty” – Circularity, Duality and Compassion in the Footstool.