Make a donation to the Manuscript Archive Project

via Paypal using a credit or debit card, without having to have a PayPal account

From the Library of Sadr al-Din al-Qunawi

As many of you will be aware, the MIAS manuscript archive project is still ongoing. This extends to the work of people close to Ibn ‘Arabi. Ever since Stephen Hirtenstein and Julian Cook published their article detailing the contents of Sadr al-Din al-Qunawi’s Library and what has survived (see JMIAS vol. 67, 2020, pp. 59-111), they have been keeping our eyes peeled for other manuscripts that used to be in the collection.Stephen writes:

Recently we were checking the Ayasofya collection that is housed in the Suleymaniye library in Istanbul, and came across a very fine manuscript copy (Ayasofya 3687) of the famous book by Ibn Sīnā (Avicenna) entitled al-Qānūn fī al-ṭibb (‘The Canon of Medicine’). It is an old copy of the first book of the Canon (up to section 31), written in a very clear hand with red titling and dots and mostly vocalised, possibly by a professional scribe. 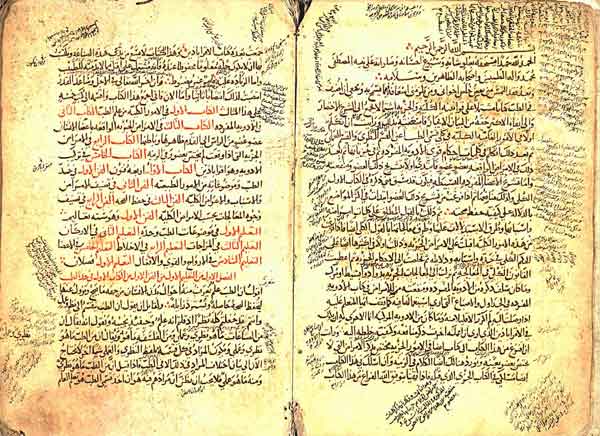 Almost every page has a huge number of later annotations in the margins, demonstrating how popular the work has been. At the end it is said to have been checked and collated from ‘the original’ – although it is not specified whether this was the author’s original, it is quite possible. The date of the copy is given as 7 Shawwāl 627H (= 26 August 1230, so well within the lifetime of Ibn ʿArabi himself).

You can imagine our surprise and delight when Julian discovered, amidst a plethora of notes, the following statement on the initial pages of the manuscript: ‘[this is] part of the property belonging to the one who is poor towards God the Exalted, Muḥammad b. Isḥāq b. Muḥammad, may God forgive him and his father, and grant him every knowledge connected to it’. This is in al-Qunawi’s very distinctive handwriting, dated 640H. From this we might guess that the book probably belonged to Ibn ʿArabi himself and passed to al-Qunawi after his death. There is a further note of two lines in al-Qunawi’s hand, repeating the connection to Muḥammad b. Isḥāq b. Muḥammad and dated 66[6?]H. 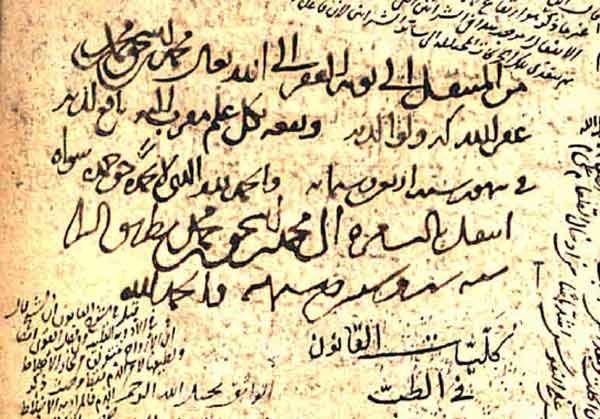 When we compare this with al-Qunawi’s own list, we find that it tallies precisely with #27 (p. 84), or more precisely, with one part of the three-volume set. Originally we speculated that Yusuf Ağa 4690 might contain part of the original Canon, but it seems from the handwriting that they are later copies of some sections only. So one more work that used to belong in al-Qunawi’s library in Konya has been identified. We have no idea how it came to be in Istanbul… although at least two other works in the library (#15 and #86) also found their way into the Ayasofya collection.

In any case, there are perhaps two other volumes of the Canon in the same scribe’s hand, probably dated 627H, which are waiting to be found!

Over the past year discussions about the long-term future of the archive have been ongoing. We have been focusing particularly on the technology needed to support an online database and catalogue which can be accessed by members (it is currently only available to selected scholars). We have been in discussions with universities in the UK and in the USA, as well as with our honorary fellows and members with computer expertise, to find the best solution.

The archive currently has a database of detailed information on over 3,000 manuscripts, as well as a large collection of digital images and pdfs of the best historical manuscripts, administered by the Society Librarian, Jane Clark. One major outcome of this collection is the support we have given to scholars to enable the production of critical editions, and we are delighted to announce that about half of the extant 110 works by Ibn Arabi have been published in excellent new editions based on the MIAS archive.

In October 2018 Stephen Hirtenstein made another foray into the Turkish libraries in October, particularly focusing on what remains of Sadruddin al-Qunawi’s private library. He hopes this will be published in a separate article in the Journal of the Muhyiddin Ibn Arabi Society in the near future.

Meanwhile, since 2016 we have made some 200 additions to the catalogue, of which nearly half have been digitised. These have included:

These can be identified by his very distinctive handwriting even when the coverpage or colophon is missing. They range from important collections of hadith to a remarkable copy of Ibn Sawdakīn’s conversations with Ibn ʿArabī, entitled Lawāqiḥ al-asrār. With the forthcoming publication of translations by William Chittick of two of Farghānī’s works, Shuʿab al-īmān and Marātib al-taqwa, it seems that this remarkable author will soon be better known as one of the great masters of the akbarian tradition.

The Great Dīwān and its offspring: The collection and dispersion of Ibn ‘Arabī’s poetry

By Julian Cook and Stephen Hirtenstein

Some Notes on the Manuscript Veliyuddin 51

Names and Titles of Ibn [al-]Arabi